A key component required for developing the Advanced Sync feature (coming soon) is the ability to compare databases and then to merge them. It’s quite a big feature and the development work is quite large. Since Advanced Sync is our number one development priority we’ve been deep in the code caves working on it for quite a while. Apologies if it looks like we’ve been slacking off!

With the release of version 1.50.13 on iOS we decided to not only add this functionality but also to make it available in a friendly UI. So no more flying blind when you’ve got 2 slightly out of sync copies of your databases. Just fire up Strongbox, select Compare & Merge from the context menu and let it do the hard work of comparing all entries. Optionally then you can choose to merge the databases so that you have the latest entries, edits and moves from both.

NB: The Compare feature is a Pro feature only. Advanced Sync (see below) will be available for free as we believe it’s just bad news for everyone in the password management world if we have out of sync databases promulgating.

Let’s take a look at this new feature briefly. One of the most common ways you can get out of sync versions is when you have multiple “editors”. Perhaps you are sharing your database with your partner Mary. Let’s say Mary goes off on a nice hike and (for some reason) decides to cleanup or re-organise your shared database. Meanwhile around the same time, you are at home and you just found a cool new bookshop which you signed up to immediately. Of course you diligently entered your login details into your Strongbox database. Well now we have arrived at that dreaded out of sync situation… What do these two databases look like? Let’s see an illustrative example.

Ruh roh… This is less than ideal. Joe has added his new favourite bookshop, Waterstones, to the database. Meanwhile Mary has been tidying up the database, moving entries around and creating a nice group structure. Ideally we really don’t want to lose any of these changes!

Well that’s where the new Compare & Merge feature comes in super handy! Let’s say Mary gets back and now you both realise your databases are out of sync. No problem! Let’s get Mary’s copy on to our devices and get the process started.

We tap and hold our database and select ‘Compare & Merge’ then follow the instructions on screen.

Finally we get to the comparison screen. As you can see Strongbox has figured out what changes were made by Mary and the changes necessary to bring your database up to speed with all of her changes. You can see she has moved a number of items around (you can even drill down and find out to where) and created a number of groups.

If you’re happy with all these changes you can go ahead and tap Merge to have Strongbox perform these moves, additions and edits. So that’s it! Here’s what that looks like after the Merge.

That’s all there is to it really. There is a ton of complexity hidden behind this pretty UI but we hope that’s what you’ve come to expect of Strongbox. Now a short word on our next major feature, Advanced Sync, which automates this process, and which we promise is coming really soon!

As you have probably guessed the same algorithm that is used for comparing and merging your databases intelligently can be used and automated when Strongbox detects your local and remote databases have gotten out of sync. Advanced Sync depends on this smart/intelligent algorithm and so that’s why this latest feature ‘Compare & Merge’ has come first. It’s a little more awkward to setup a merge because you need to add the other version of the database. We feel it was worth making this it’s own feature though. You never know when you’ll need to compare databases! Advanced Sync will seamlessly integrate this feature into the already extensive Sync architecture of Strongbox. Fingers crossed you’ll never see another out of date version of your database again.

Compare & Merge is a super handy tool for your databases. It should give you the confidence you need to perform merges and perhaps even figure out how you ended up in the non synchronised state in the first place. The process will be more automated as part of your regular Strongbox sync in the coming weeks so you might come across this and appreciate it completely serendipitously… We hope you’ll like it! 🙂

Lastly if you liked this article or you think this is a cool feature, please feel free to share it on social media or with your friends and family. 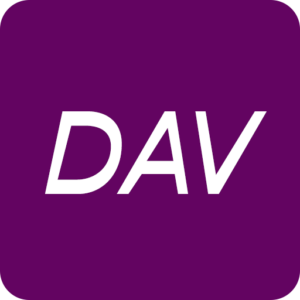 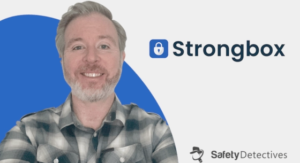 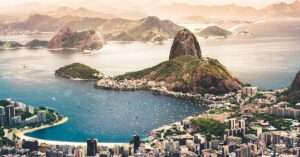